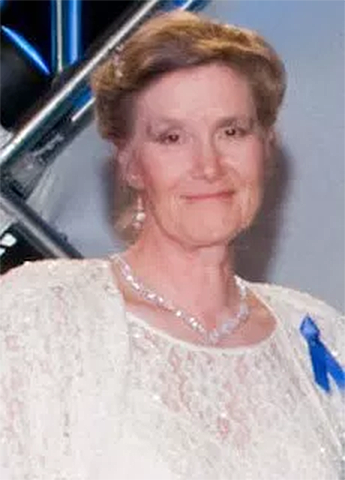 Volunteer Activities & Contributions to the Society

Outside of Boeing, Anita’s volunteer activities include creating and conducting Space Settlement Design Competitions for high school students over the past 20 years with partner Dick Edwards. These events have evolved into an International activity that requires annual travel to India and Australia, with plans to include Europe, Africa, and South America in future years. Documents Anita develops for the Competitions are used in high school and college curricula, and many students claim that the Competition experience spurred their interest in pursuing engineering careers.

Anita Gale is a Senior Project Engineer for a major space contractor, with 35 years of experience working on the Space Shuttle program, mostly in process improvements for Payload & Cargo Integration.  She is currently working on one of the Commercial Crew Development teams selected by NASA to design and build America’s next crewed space vehicle.

Her tasks vary widely, depending on what is needed at any particular time: she provides conceptual designs for cargo integration on future launch vehicles, contributes to IR&D for Space Shuttle upgrades and future missions of both reusable and expendable launch vehicles, developed an ISO compliant Department Instruction process that is emulated by other organizations, develops and fosters process improvements, and maintains Space Shuttle Cargo Team metrics. She mentors young engineers, both formally and informally.

Anita started with Rockwell International in Downey, California, in 1974. She went to Aerojet ElectroSystems for two years in the late 1970’s, and has been in the Space Shuttle Payload & Cargo Integration organization since 1980; she has longer Cargo Team experience than any other employee. Her service includes responsibility as Project Manager of Verification Analysis Projects (1989 – 1993) and Payload Integration Processes (1993 – 1994). Along the way, she directly contributed to proposal wins for the Space Test Integration Contract and Space Radar Laboratory; championed payload interface standardization for National Aerospace Plane, Reusable Launch Vehicle, and even Space Shuttle; characterized cargo accommodations for Shuttle Derived Launch Vehicles (including what are now known as Ares I and Ares V), and earned three U.S. patents for Boeing.

Anita earned both a Bachelor of Science and Master of Science in Aeronautics and Astronautics from the University of Washington, and a Certificate in Systems Engineering from Cal Poly Pomona. As Southern California residents, she and her late husband Dick Edwards enjoyed hiking on steep mountain trails, snow skiing on Wednesday mornings, and sailboat racing in three different fleets. As Texas resident she races a J24 sailboat on the Texas Circuit, and Summer Wednesday evenings on Clear Lake. Her favorite vacation is a two-week Grand Canyon raft trip she arranges every three years, with friends, colleagues, and geology professors from the University of Washington.