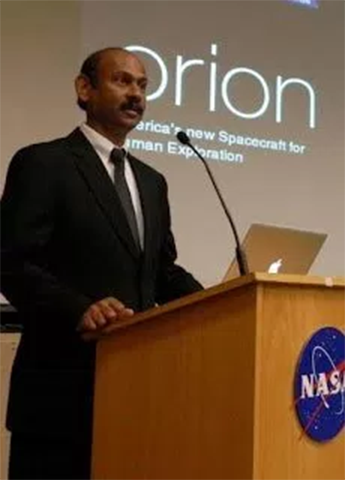 Dr. Pilla is currently involved in the Boeing Space Exploration’s path-finding effort for the NASA human space exploration into deep Space. He previously led the Space Shuttle Integration Engineering for Boeing at NASA Johnson Space Center until the end of the program. As the head of the Engineering Integration team, he provided oversight to the Avionics, Electrical, Structural, Mechanical, and Systems Engineering disciplines, leading to the Certification of Flight Readiness for the Space Shuttle. Prior to this assignment, he was Functional Head for the Structural &amp; Mechanical Analysis Engineering for Boeing Space Exploration, where he provided oversight to the Space Shuttle, International Space Station (ISS), and Constellation Engineering teams. Dr. Pilla provided effective leadership to the teams of 100+ engineers and multiple managers, where he was responsible for strategic business and technical planning, executing technology integration, subcontractor management, risk management, and employee development.

Prior to joining Boeing, Dr. Pilla worked in the Advanced Vehicle Engineering at the Chrysler Corporation, where he made pioneering contributions in setting up the Computer Aided Engineering (CAE) processes on the path finding Digital Jeep project. Before that he worked in India as the Deputy Director with the Bureau of Indian Standards and coordinated as the Special Officer for the Quality Assurance on the Technology Missions of the Department of Science and Technology.